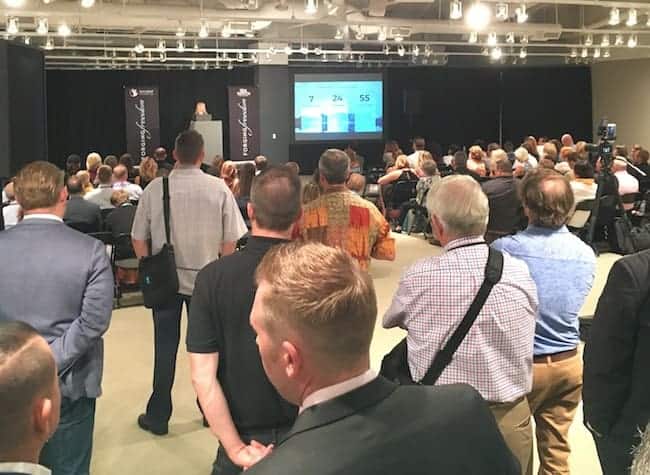 At the Summer Las Vegas Market, Malouf drew a crowd to its second Forging Freedom event to raise awareness about the problem of human trafficking and to introduce an educational campaign called OnWatch.

The Malouf Foundation, the philanthropic arm of Logan, Utah-based Malouf, launched OnWatch July 29 to a standing room-only crowd at the Summer Las Vegas Market. OnWatch is the educational component of the foundation’s Forging Freedom campaign, which aims to help solve the problem of human trafficking and child sexual slavery. Company officials explained that bedding industry members who work closely with the public on many levels are in a unique position to make a difference.

Partnering with another nonprofit, Operation Underground Railroad, which rescues and rehabilitates the formerly enslaved, Malouf has produced a series of training videos viewable at MaloufFoundation.org/OnWatch. They educate concerned adults on how to recognize the physical, emotional and behavioral signs of human trafficking and what to do to help. The videos also provide prevention tips so at-risk youths don’t become victims of trafficking.

“The first time someone learns that more than 2 million children live as sex slaves worldwide they are shocked; it’s unimaginable,” said Sam Malouf, chief executive officer. “It’s crucial for people today to know the signs of commercial sex trafficking because it happens all around us. That’s why we created our OnWatch campaign. When you learn the signs of child sex trafficking, you become empowered to save a life.”

Visitors to the OnWatch web page can sign a pledge to get involved and make a donation.